ASTF is an independent, non-profit non-governmental organization (ngo), which works regionally and Internationally to encourage investment in Science and Technology.

The Arab Science and Technology Foundation (ASTF) aims to:

– Identify and support outstanding scientific research activities, conducted in the field of science and technology in the Arab world.

– act as a mediator between those who develop and fund the scientific research and who benefit from it.

– Being the first organization to bring together scientists from inside and outside the Arab world, with the aim of utilizing local and expatriate expertise to serve the Arab world and the humanity in general.

– Become main center for assisting the performance of scientific programs, and branding as powerful international Arab organization that defends the region’s interests in scientific and technological progress.

– Represent the interests of an enormous group of people bound together by strong bonds, like: language, history, common traditions and inhabiting enormous geographic area extend from the northern coasts of Africa on the Atlantic and across the Eastern Mediterranean to the coasts of the Arabian Peninsula on the Arabian Gulf.

The Arab Science and Technology Foundation (ASTF) reflects the Arab youth’s aspirations to reassume their historical role in enriching the worldwide in the field of science, and expresses the efforts that exerts in developing national programs and projects that capable of assimilating the scientific advances of the 21st century, Also Astf look forward to interact positively with the Eastern and Western scientific development experiences.

ASTF aspires to be an influential Arab and international entity supporting the efforts of Arab scientists and researchers, and defending the interests of the region in the field of technology and science, as well as protecting humanity from the hazards and the negative effects of technological developments.

Moreover, ASTF seeks not only to strengthen the links between universities and research centers inside and outside the Arab world through joint projects, agreements and programs, but also to attract businesses, companies and individuals capable of allocating endowments to fund research posts in those fields that are vital for the Arab countries. 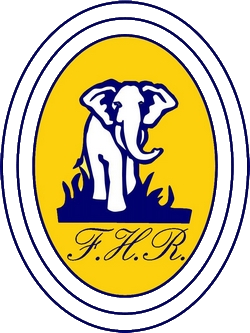